Walking Brooklyn’s Redline: A Journey through the Geography of Race

The Red Line Archive includes visual, material and ephemeral artifacts collected during four walks along the perimeter of formerly redlined neighborhoods in north and central Brooklyn. These areas once provided affordable homes to working class ethnics, black people and immigrants of color; now, ironically, they are the epicenter of some of the most expensive and aggressively gentrified real estate in the city. Historian Jelani Cobb once wrote in the New Yorker, “The past haunts along the periphery” (Cobb, 2015). If this is true what evidence of past redlining are still visible today? What emotions, insights and visual metaphors might arise as I walked along the periphery of the original 1938 Red Line Map of Brooklyn? Equipped with camera and journal, I walked around the perimeter of former redlined neighborhoods
in search of clues. 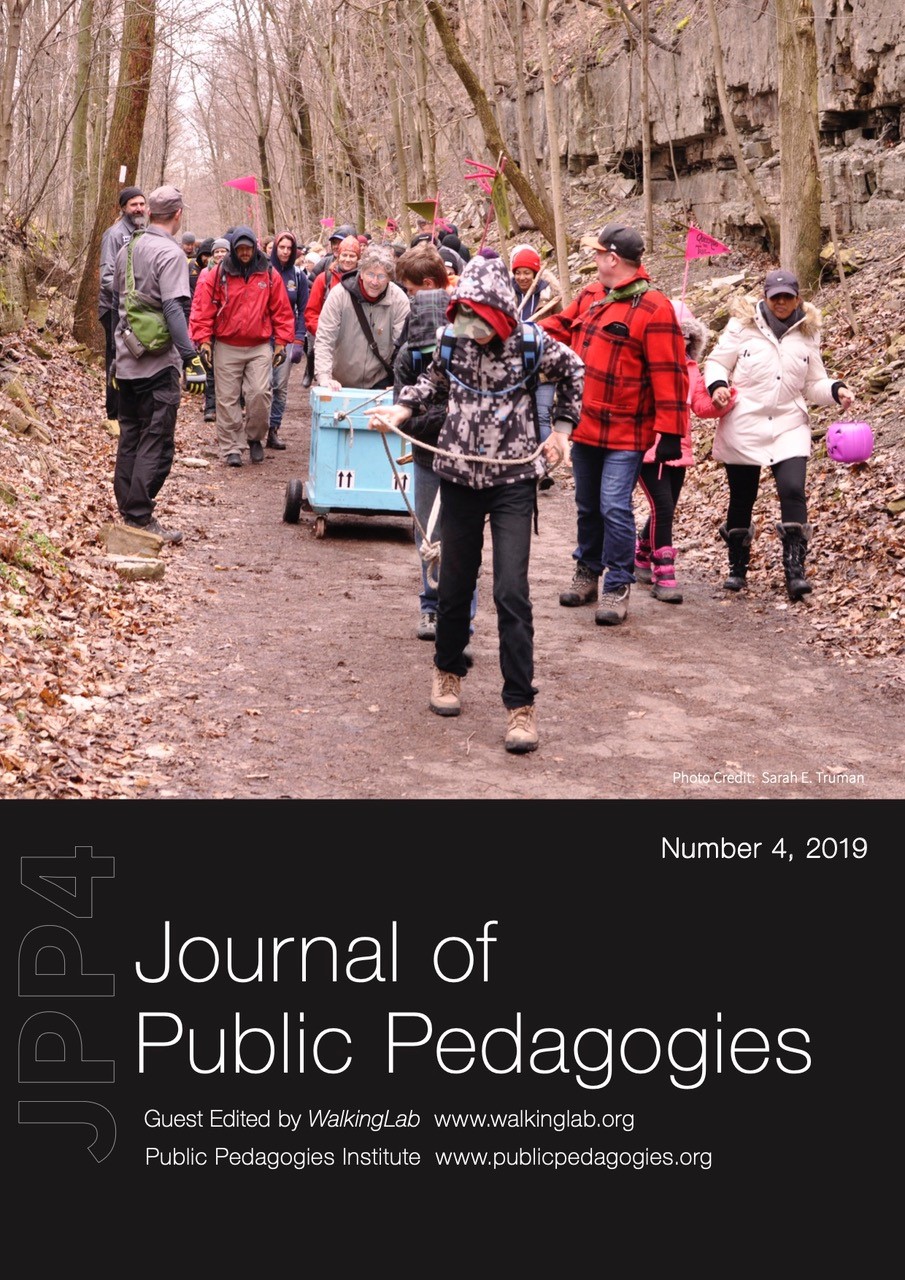 Published
2019-11-14
How to Cite
JohnsonW. (2019). Walking Brooklyn’s Redline: A Journey through the Geography of Race. Journal of Public Pedagogies, (4). https://doi.org/10.15209/jpp.1191
Download Citation
Issue
No 4 (2019)
Section
Articles
This work is licensed under a Creative Commons Attribution-NonCommercial License. In short, copyright for articles published in this journal is retained by the authors, with first publication rights granted to the journal. By virtue of their appearance in this open access journal, articles are free to use, with proper attribution, in educational and other non-commercial settings. This is an Open Access Journal, and provides free, online, open access to its content on the principle that making research freely available to the public supports a greater global exchange of knowledge.
Open Journal Systems
Language
Information
Hosted By